This is one of those countries you only dream of going to more so if you are doing it on a motorbike. Very strict entry rules apply as the Chinese are very conscious of the strong followings of the Dali Lama and the unrest that is inbuilt to the native Tibetans. At the airport the go through all of your reading material and anything remotely close to the Deli Lama is confiscated. The security police are very obvious taking photos of everyone who enters main public buildings.

Tibet is still very isolated to Europeans and as a consequence we were the flavour of the month. Everytime we stopped to take photos on the narrow side of roads buses and then cars would pull up blocking the road as the Chinese tourist got out to have their photos taken with us. Teenagers and early twenties are very big tourist throughout Tibet. We were 10 Australians and we stood head and shoulders over the Chinese, they would pose with us, sit on our bikes and take thousands of photos and back into their bus and gone. This happened so many times, even when we reached Mount Everest there is a knoll where tourist climb and take photos of this incredible mountain. Rule number 1 – never try to climb around Everest without stopping to breathe after every two or three steps. I was a half a dozen steps from the top and thought I can do these in one hit, easy going until I tried to breathe, I thought I was going to die, at this altitude there is very little oxygen and after many many breaths very quickly I was able to catch my breath, I’ll never do that again. When I finally recovered I realised that all of the people photographing Everest turned and started taking photos of us, it was like we stone statues, they came and stood beside us, leant into us, first the girls and then the young men. We had no say in it as they just did all of these crazy poses and took many more thousand photos. I’m sure that nearly every family in China has a photo of us in their albums.

We visited the Magnificent Potola Palace the original home of the Deli Lama, we lined up at the main entrance to get in, it was quite warm so I only had a teeshirt on, I had a family of Tibetans standing beside me. They were obviously talking about me then they started rubbing the hairs on my arms and laughing then they started to play with my soggy elbow, from me previous sailing accident, and started talking and laughing between themselves. It was so funny the way they just touched and poked my like I wasn’t a real person. This is why I love to travel, you get to experience so many different cultures.

We had a great time riding our Royal Enfields, they are a fun bike to ride. The altitude of the Himalaya’s takes a lot of time to acclimatise. We were struggling at 5200 metres riding to the top of a pass when we came across a number of pushbike riders, to this day I have no idea how they could ride a bike and survive. On our way to Everest we traversed many steep and dangerous roads with no safety barricades along with very rocky dry creek beds. We passed many hikers along the way, it was a short time after we got home that some of these hikers were killed in an avalanche in the same spot we had ridden through weeks earlier.

The landscape in Tibet in the High altitude is like a moonscape, there is no vegetation only a pebbly surface as far as the eye can see. The villages obviously are built along rivers and in the valleys, we could smell the raw sewerage before we saw the town, we always knew we were getting close to a village. Surprisingly many of the village homes were quite large obviously they housed whole families which all worked on the communal farms. These farms were still worked by oxen with a few farms using tractors. All of the village would go and work in the fields together while the kids ran around and played while the parents worked from sunrise to sunset.

We spent our first days and our last days in Kathmandu which was fantastic. The culture, the history , colour, people and millions of motorbikes. This was a great adventure just riding a bike through Kathmandu. It is easy to get lost, if you are in the wrong lane coming up to a turn off you cannot change lanes you have to go with the multitude of bikes. We were given the address of our hotel and told that if we got lost we were to find a taxi driver and follow him back to our hotel where he would be paid. Just to make matters worse in Kathmandu is that we were delayed at the border, firstly trying to get out of Tibet and then trying to get back into Nepal. As a consequence of this delay we arrived back into Kathmandu at night. So taking all of the above into account you can triple the problems we experienced at night. One of our guides passed on the outside of a truck while we turned at the intersection on the inside of the truck, so even the best people can get lost as it was two hours before we saw him again.

After a fantastic trip through Nepal and Tibet we headed for Beijing where we experienced everything China for a week before final flying home. 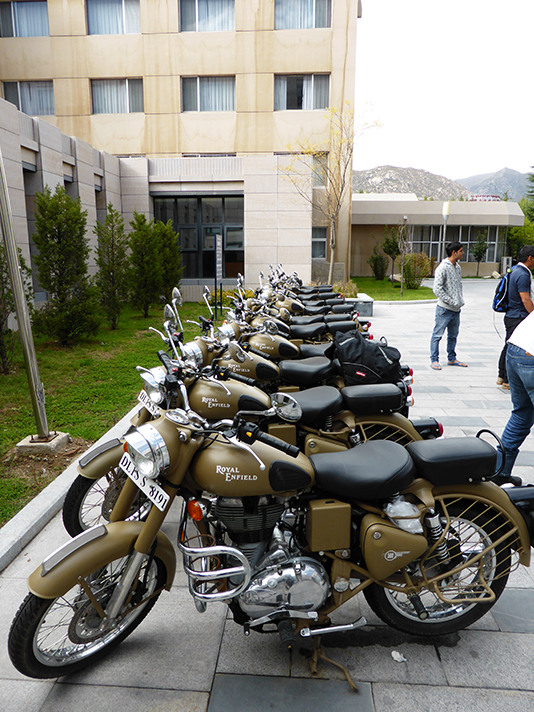 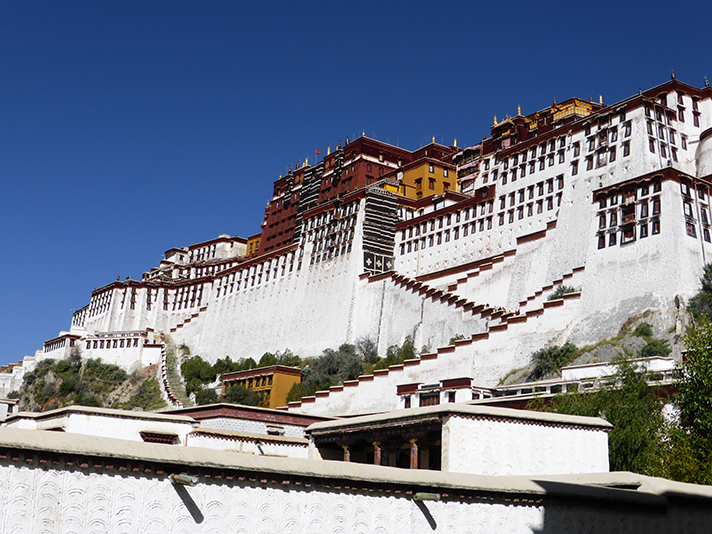 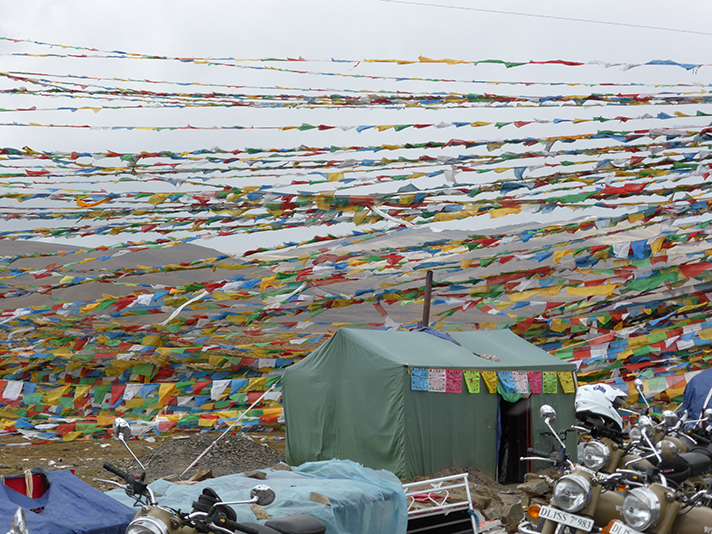 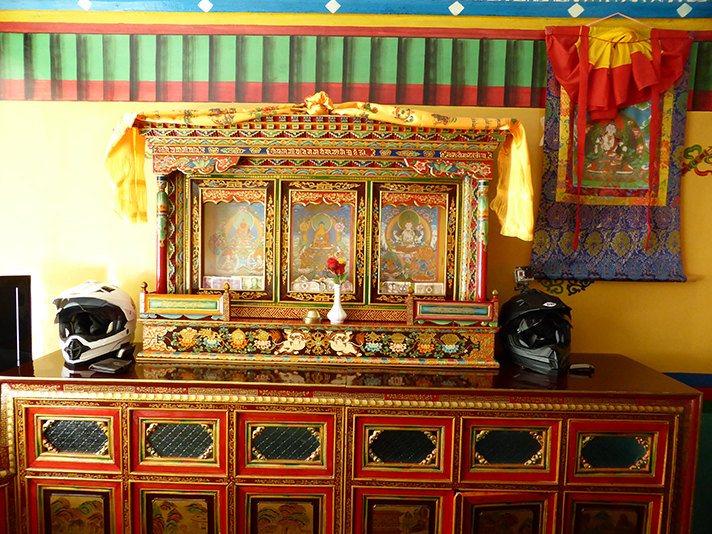 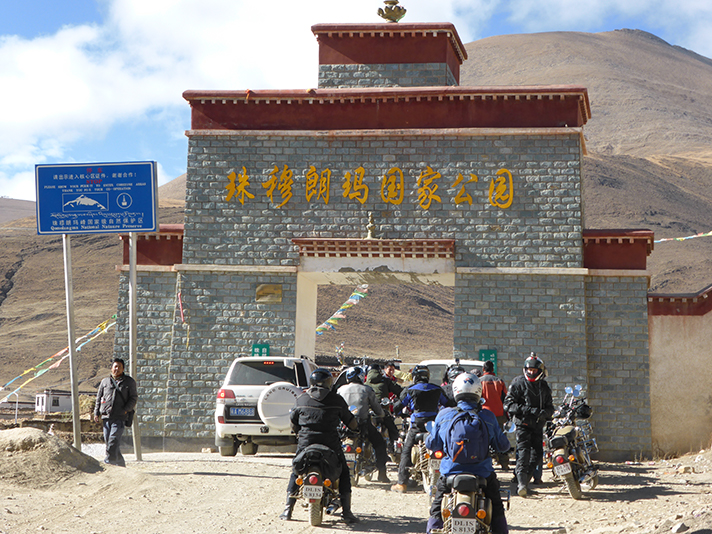 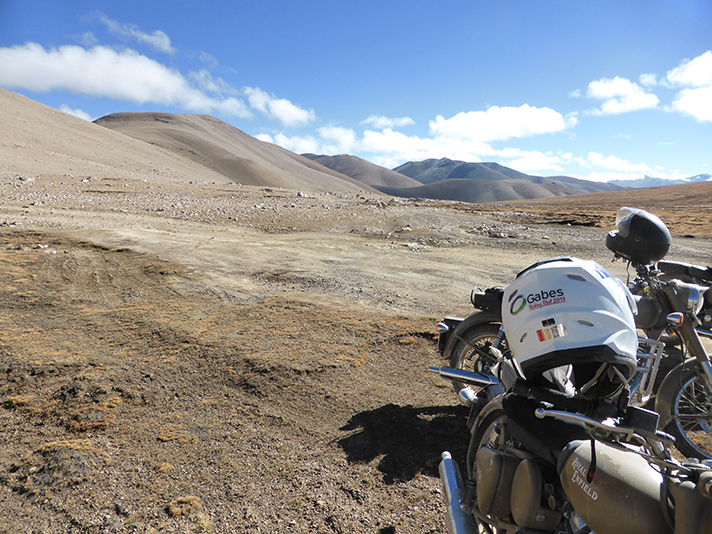 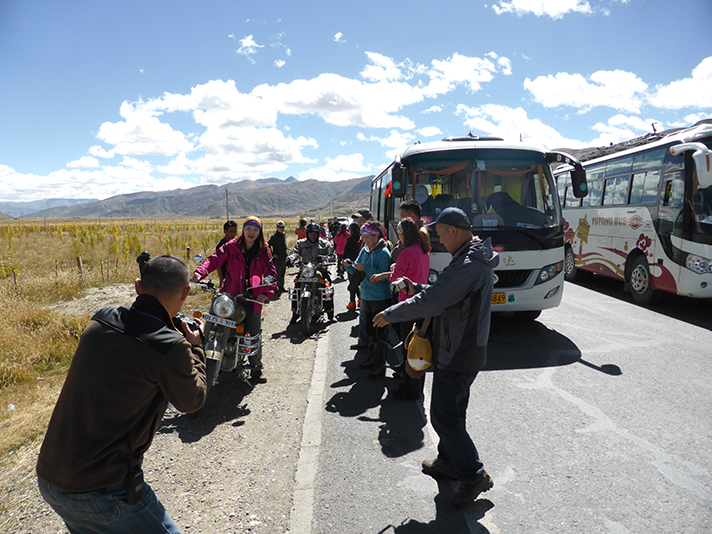 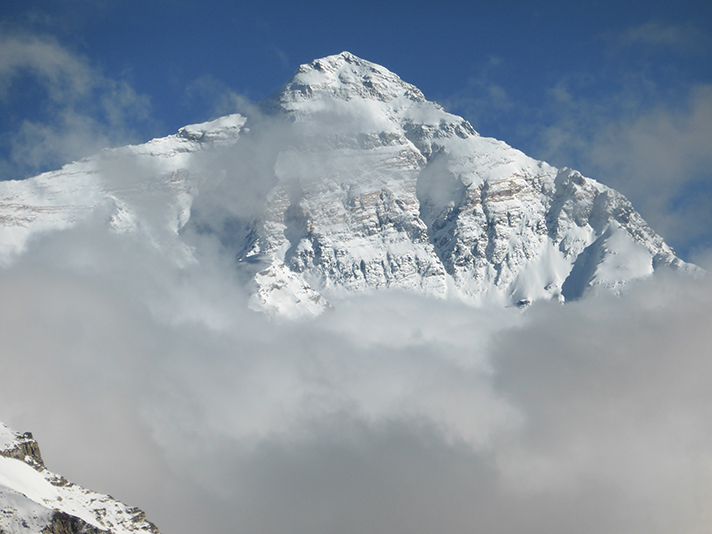 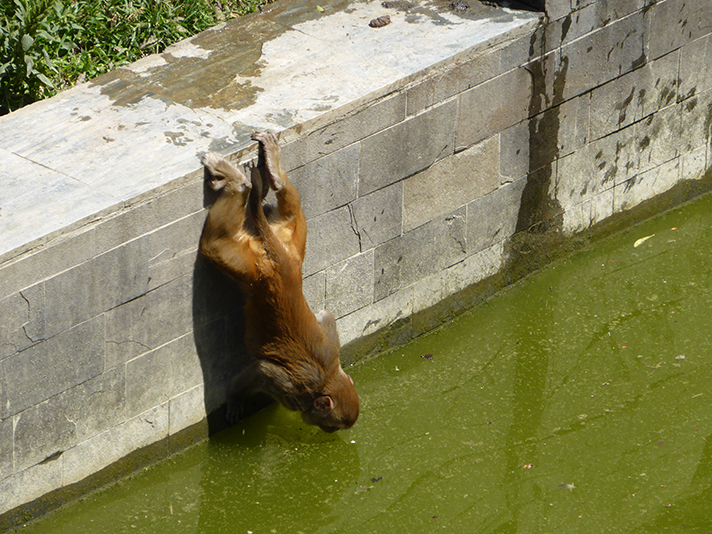 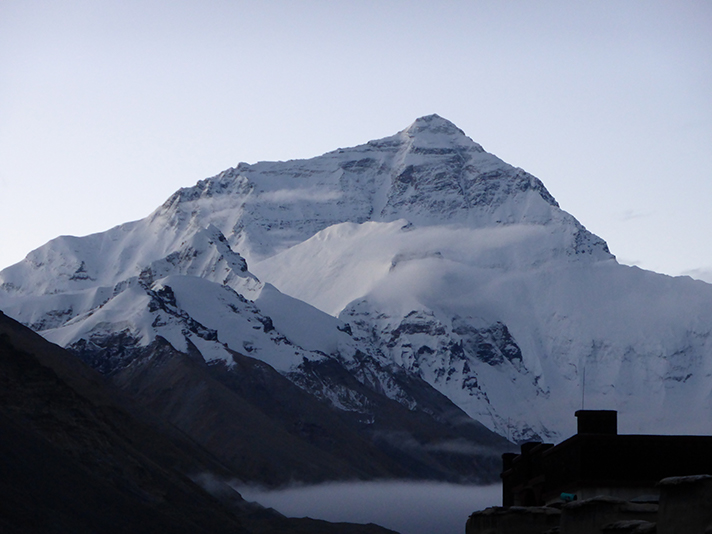 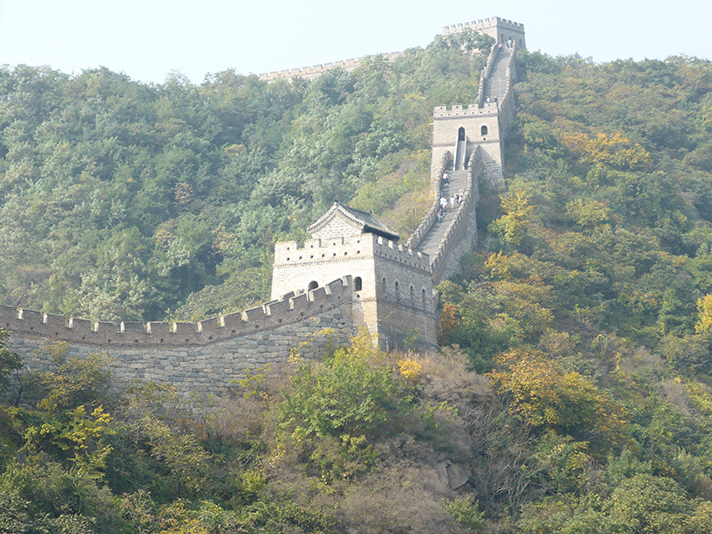 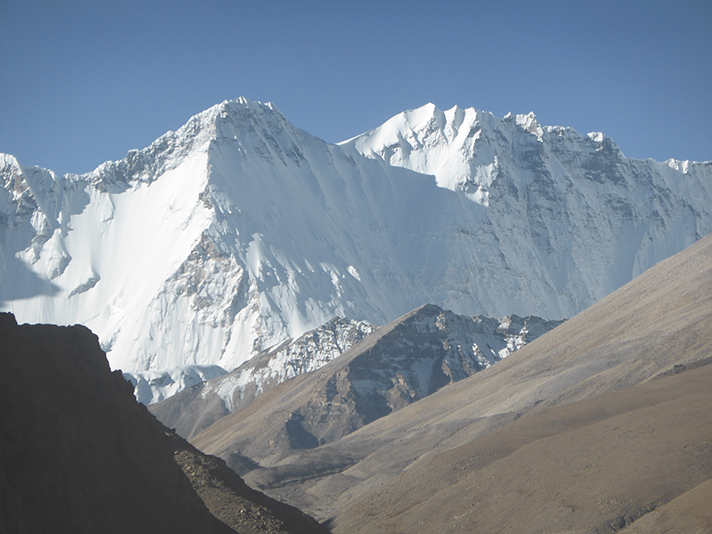 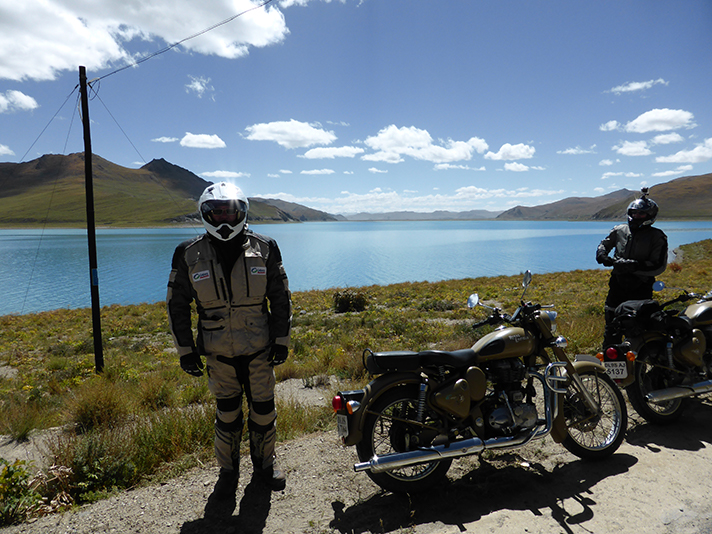 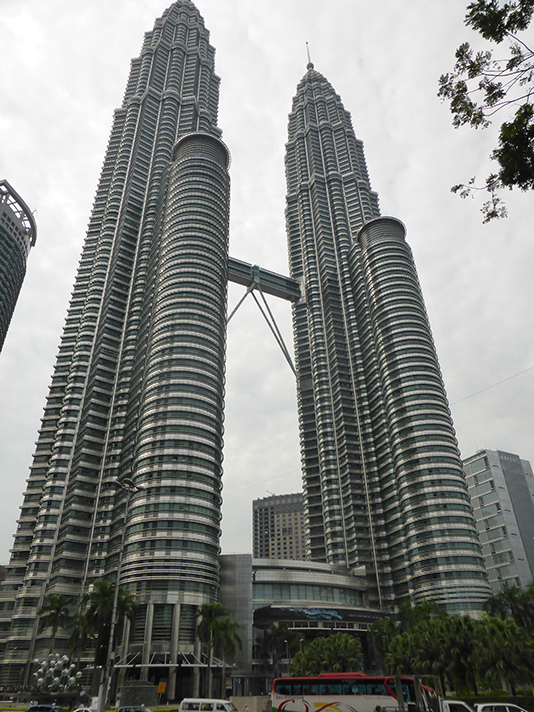 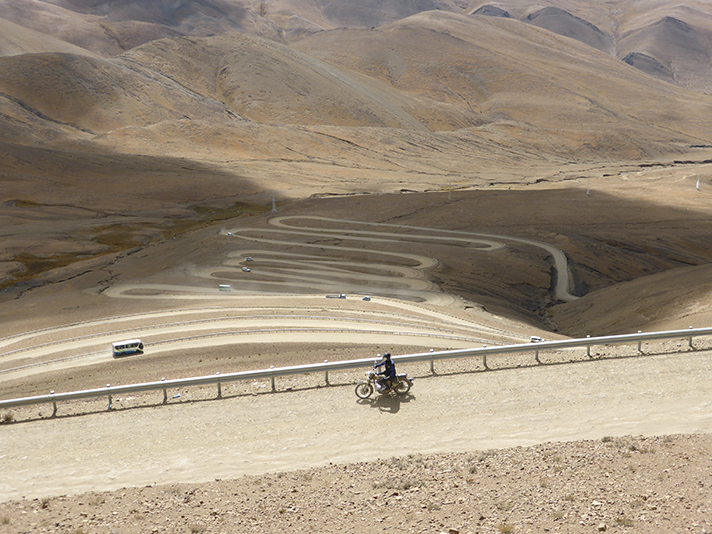