I was overawed by Moscow, the Red Square, the Kremlin, Tsar’s palaces, war history, communism, KGB, poverty and long queues for food, I remember thinking what a horrible country to live in. Remnants still exist of most of these today but I was impressed immensely with Moscow and St Petersburg and will put it on my agenda to go back, sooner rather than later. There is so much to see and the few days we had was not long enough. We missed the space museum, Victory Hill and the War Museum. That is just the tip of the iceberg. We had two visits to Moscow, our first visit had us 10 minutes out of the city staying in the Hotel Petroff Palace, this is one of the original Tsar Palaces mainly used as a stopover when travelling between Moscow and St Petersburg. Our second stay was in the Hotel National right in the heart of Moscow and across the road from Red Square and the Kremlin, this is my choice for location and service. Moscow at night is magnificent. One of the highlights for me was the Exhibition quarter. Stunning buildings and fountains. This area in winter becomes the world’s largest ice skating rink.

The Metro railway stations were originally built for shelters during WW2. The stations were opulently built for the population. Even the poor could experience the beauty that normally was only reserved for the rich. Each station has its own individual style, marble, chandeliers and beautiful mosaics that would do most museums proud. This is a must for any visit to Moscow. St Petersburg again has its own incredible history unfortunately so much of it was lost during the Second World War. Most of the buildings, while faithfully restored were built after the war. Like Moscow there is so much to see. The Winter Palace, the Hermitage Museum, undoubtedly one of the best in the world, the canals, the Faberge Museum, the list of palaces goes on and on. Everyone I know has been very impressed and enjoyed their Russian stay. I was surprised by the friendliness and the number of people who spoke English.

We continued on to Helsinki in Finland by a very comfortable train only taking a few hours. Our highlight in Helsinki was a tour to Suomenlinna Island and fortress. A city tour and then on to the t ferry to Talin, Estonia. A must see is the Old Town, many of the store holders dress up in medieval dress which adds to the character of the Old Town. We had dinner in one of the old wooden buildings by candle light eating traditional food. I asked for a Diet Coke only to be told they don’t sell those magical drinks here, so root beer it was in a clay jug. There were a large number of Norwegians on a long table beside us and they started singing and it was obviously a national song with one guy singing a verse and the rest would join in for the chorus after a dozen versus they all stopped and laughed while we all applauded. Not to be outdone one of our group responded with our own national song, he started singing “I like Aeroplane Jelly” we all joined him to much laughter and fun. I later asked him where that song had come from, his answer was – it was the first thing to pop into his mind. Something so simple creates the best memories.

Overnight ferry to Stockholm with dinner on board. The absolute best part of Stockholm is the visit to the Vasa Museum. This was one of the first multi deck cannon ships and unfortunately it was top heavy, rolled over and sank within 20 minutes of being launched. It remained in the bottom of the harbour for over 300 years. It was discovered and raised in the 1960’s. They pumped the water and mud out and the boat was completely water proof. After 300 years under water it was 97% intact. It is one of the most beautiful and incredible sights to be standing beside this magnificent structure.

Our next stop was Copenhagen and of course our own princess Mary. You can stand outside her front door as the palaces are in the main square and open to everyone which was quite incredible. We visited the most magnificent gardens and Pace of Frederiksborg Castle, out of all of the castles and palaces this was my favourite. Then onto Oslo for the train to Bergen and the Flam railway which takes in beautiful scenery and took us up into the snow, this is a very beautiful trip especially with the early snow and the yellow trees of autumn.

We then caught the Hurtigruten boat up along the Norwegian fjords to the top into the Arctic Circle. I could fill pages with the scenery, the towns, the beautiful farms and the list goes on and on. We upgraded to a suit that wasn’t that much more expensive and it was one of the best things we did as the main rooms are very small so do yourself a favour by upgrading. The boat is smooth and meal times are very efficient with reasonably good buffet style food. They have a restaurant on board for those who prefer more individual service and taste.

Passing into the Arctic Circle is and event on the boat with a dunking of icy cold water tipped down your back, I was happy to sit and watch that part of the trip. We were fortunate to get some clear skies and saw some of the incredible Northern Lights dancing across the sky. There is an announcement letting everyone know when they appear so you can rug up and go on deck to watch. Be quick as they come and go so quickly. The crew do an excellent job at keeping you entertained and involved with what is going on. There are many side trips and some of these are exceptional but be careful they also come with a hefty price. After 7 days the trip finished in Kirkenes. We were on another bus and down to Saariselka the home of Santa’s office in Lapland. Our tour group had two nights here staying in individual glass domed igloo shaped cabins. Unfortunately it was overcast and we weren’t able to see any more Northern Lights. We stayed back one extra night after our tour group left and miraculously the sky cleared and we had the clearest star lit night you could hope for. The igloo cabin was fantastic as it was minus 2 degrees outside and we could watch the stars from inside the cabin. On such a clear night there was also a very good chance to see the Northern Lights again. They appeared slowly as a dull light and then started to illuminate, by this time we had our jackets on and raced outside with my camera to get some great photos. In our haste to get out quickly we did not take the front door key card with us and the door closed and locked behind us. I will give you some idea of our situation being locked out of our cabin. Our cabin is one of ninety cabins, we are the only guest as it is off season, there is very poor lighting and as this is a reasonably new complex there are very few accesses to the main reception which is a couple of hundred metres from our cabin. The complex is a couple of kilometres from a small village through a forest. So we march down to reception only to find it locked and staff gone home for the night. We have no phone, no wallet, only my camera. They were building an extension off the main dining room so I broke into that hoping to find some tools allowing me to break into our cabin. Finding a hammer and a little bit of steel I headed back and after an hour of trying finally gave up. Now extremely cold we tried every door handle on the other cabins hoping that one may be unlocked. Finally one of the cabin doors had a very loose lock and I was able to manipulate the lock and finally the door popped open. After two hours in the dark and freezing we were able to get out of the extreme weather. Looking back now it was another part of our adventure and I can laugh at our situation, but at the time it certainly wasn’t funny. Did I get any photos of the Northern Lights – no, they came and went all too quickly.

Our last port of call was Doha in Qatar. We flew Qatar airlines and I would rate them as one of the best I have flown with. Doha is very similar to Abu Dhabi and Dubai but is a much smaller version of the other two. The temperature was very moderate which was good. We stayed at the Kempinski in the Pearl District. The hotel was beautiful and service fantastic, food in the restaurants very expensive. I would recommend walking across the bridge and going to the apartment complex across the road. The apartments are built around a series of canals to resemble Venice, it even has its own bridge of Sighs. There are many cafes and restaurants here and you’re spoiled for choice. Just stroll, grab and ice cream and enjoy this part of Doha. The highlight for me was the Souq or markets, they are still in their original old buildings and offer an incredible range of goods and they are not trying to drag you in to sell you junk. These are the markets used by the locals and great to visit.

After nearly 5 weeks away we finally flew back into Sydney, it is always so good to be back in Australia. To be honest I was embarrassed and disappointed on arriving into Sydney. The airport was dirty, the arrival area toilets were filthy, the arrival gate is filled with plastic plants in pots and many of these were fallen over. Leaving the building we were confronted by papers, leaves and empty food containers laying on tables and the ground. Our airport people need to have a long hard look at what they offer international guest to our country, we fall far short of other similar countries around the world. 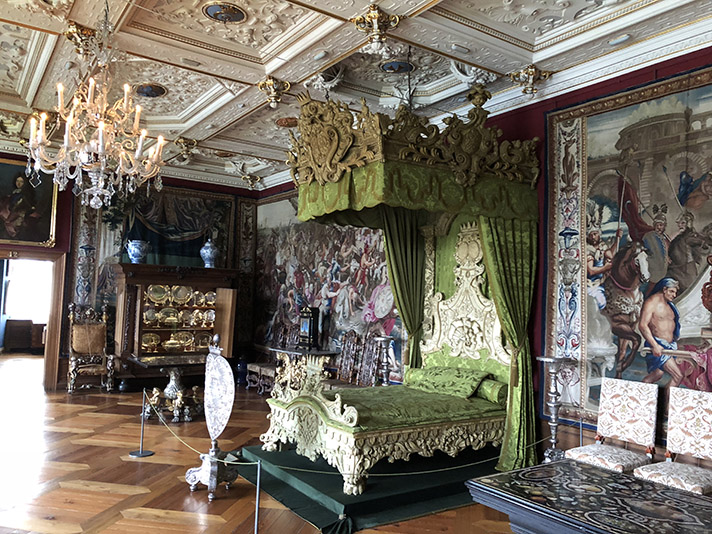 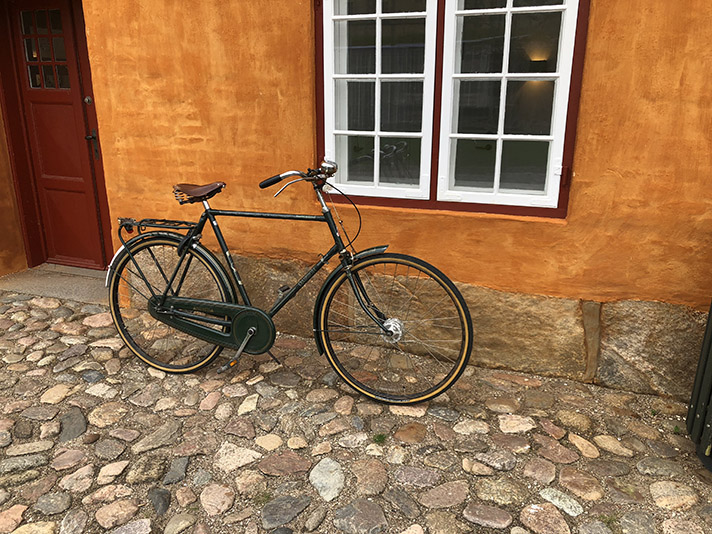 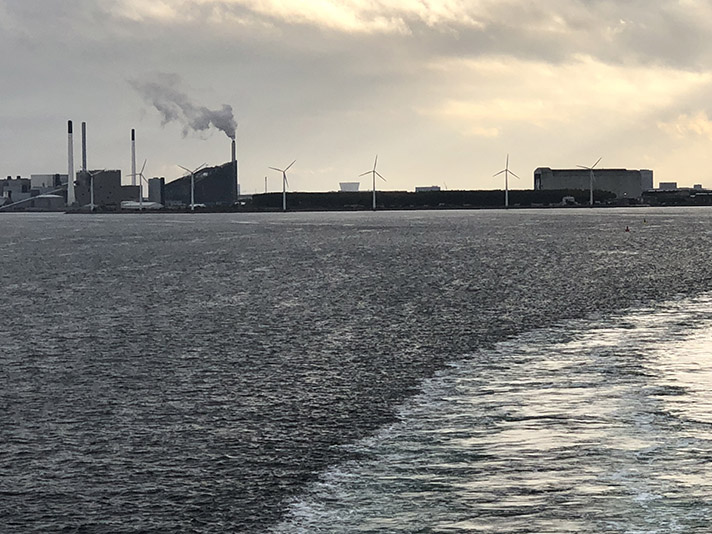 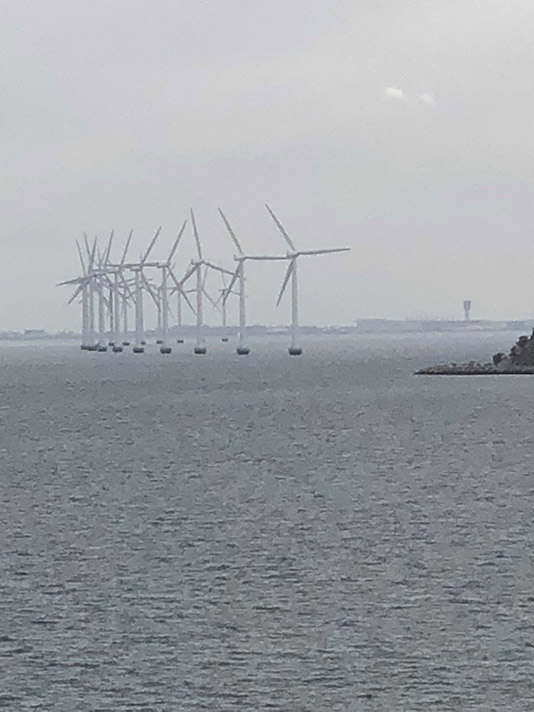 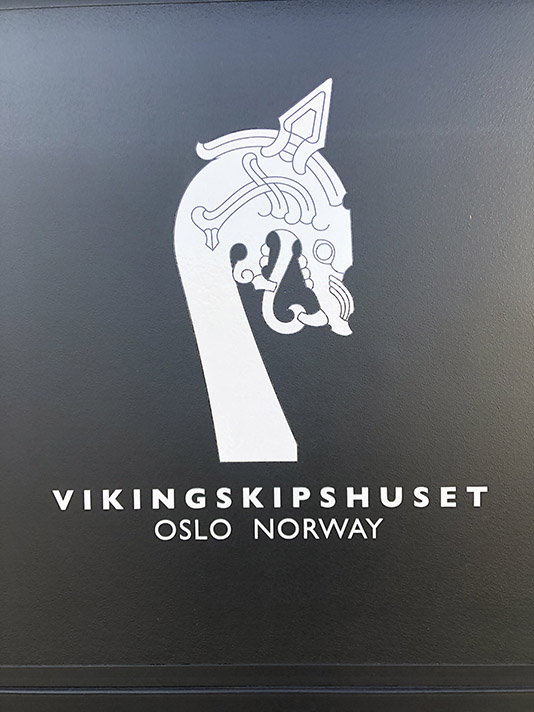 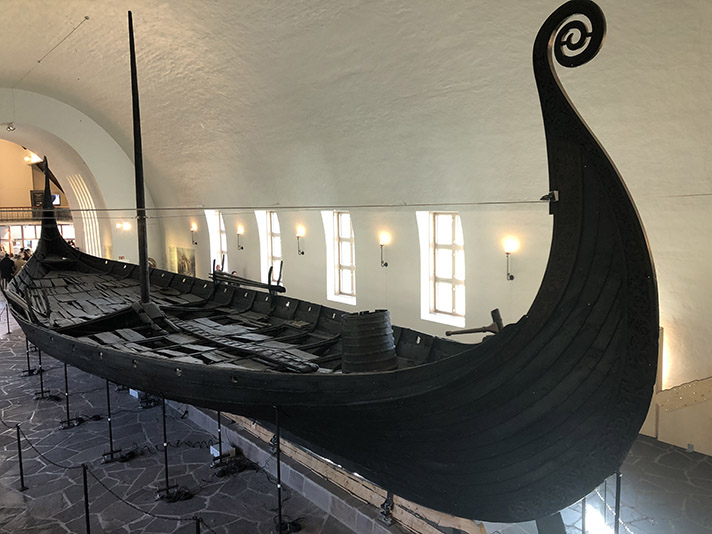 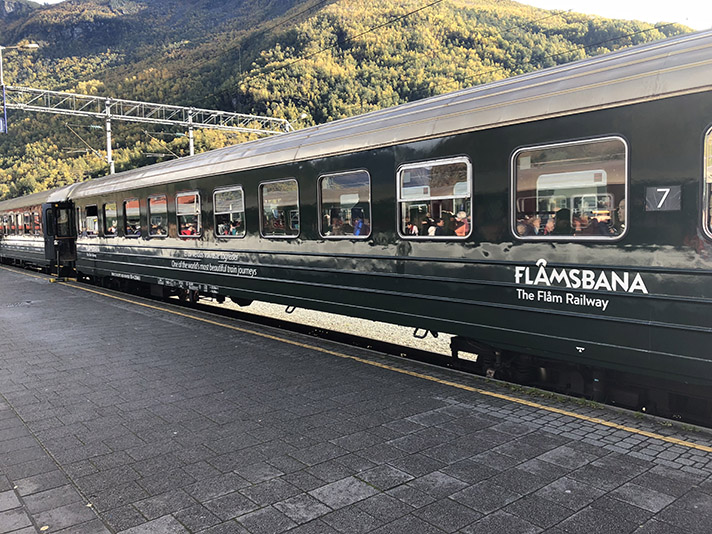 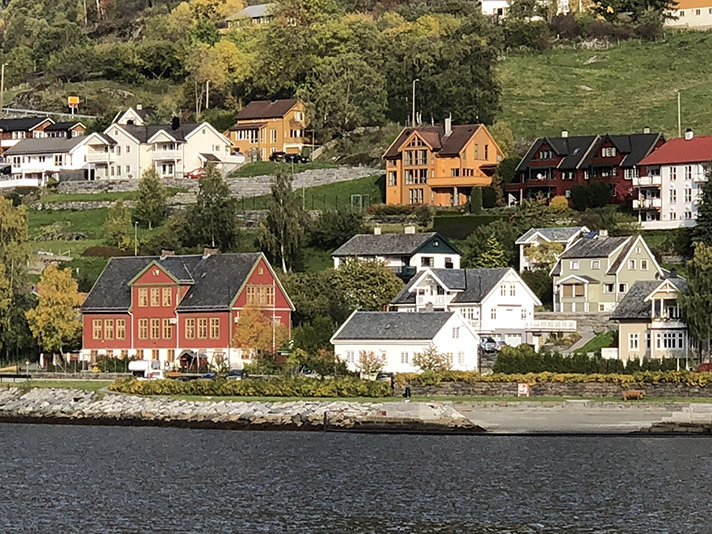 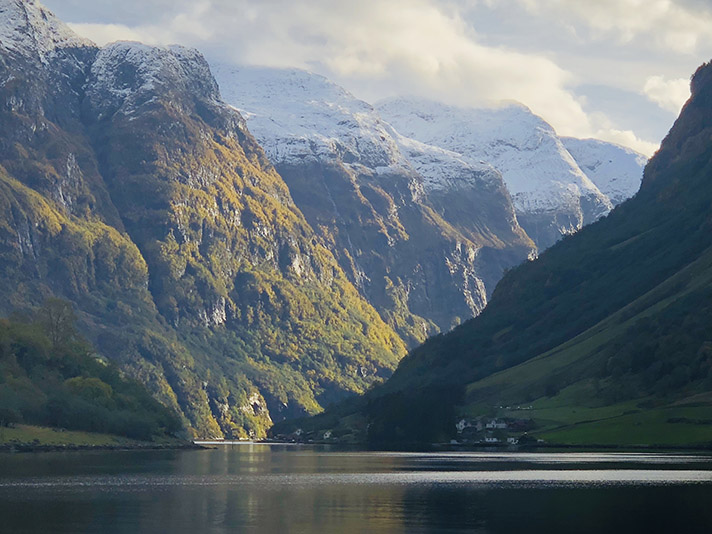 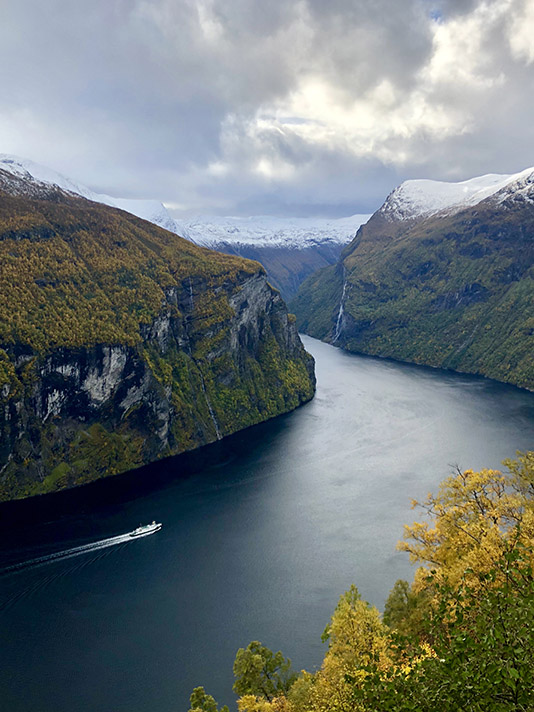 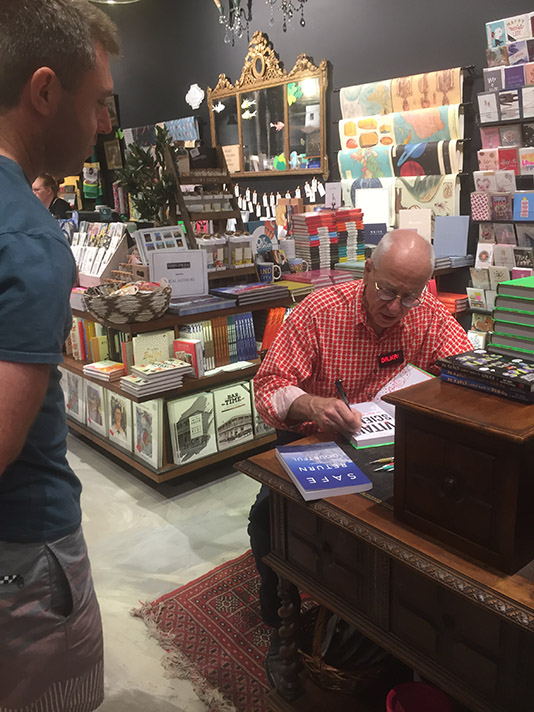 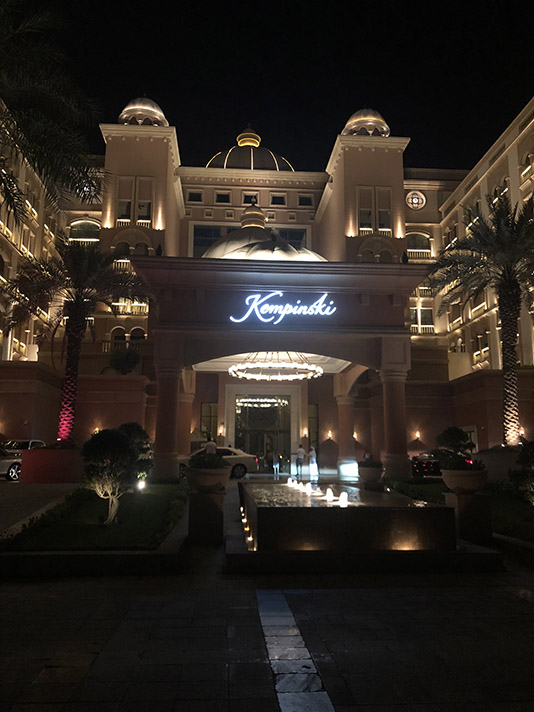 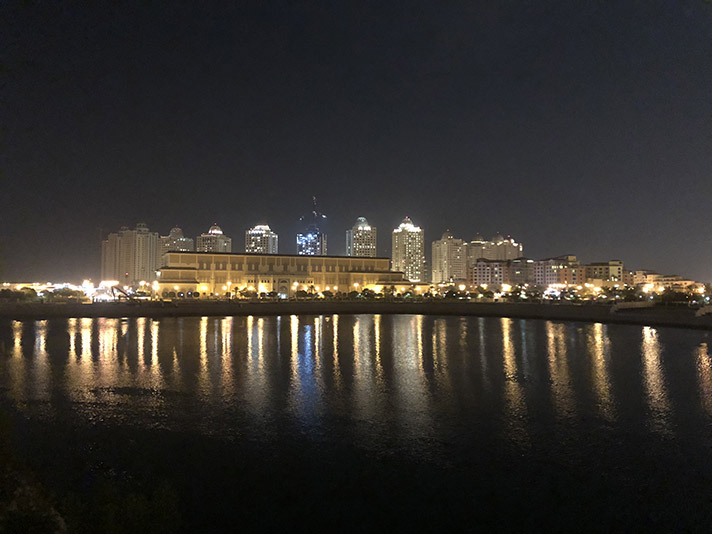 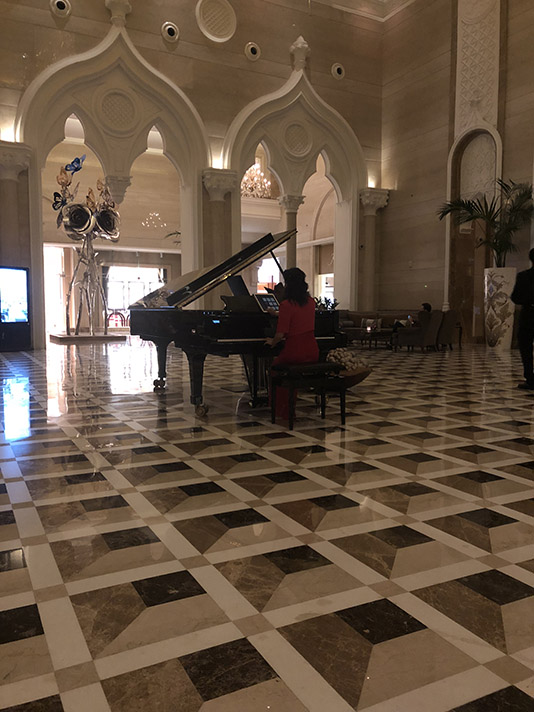 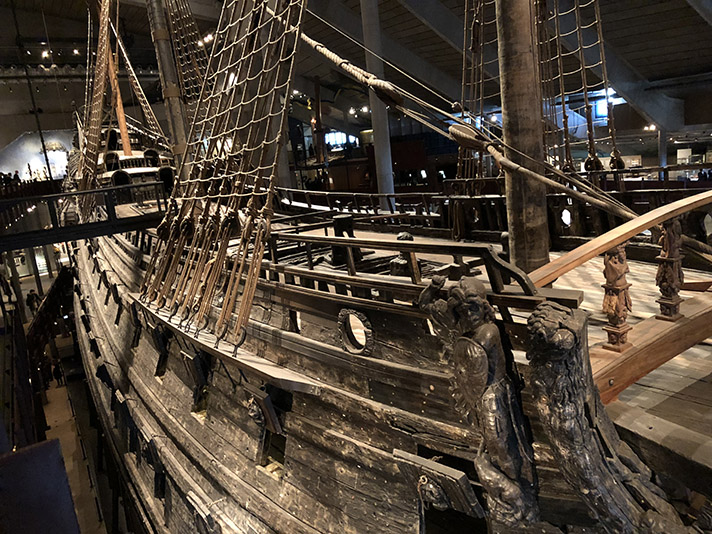 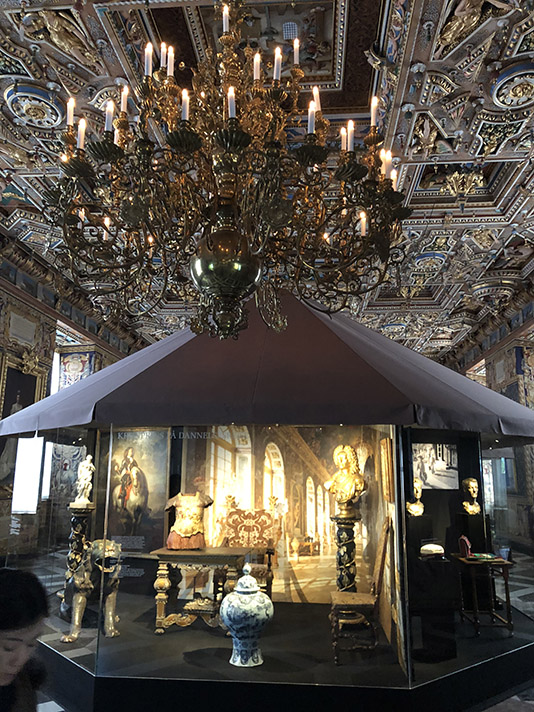